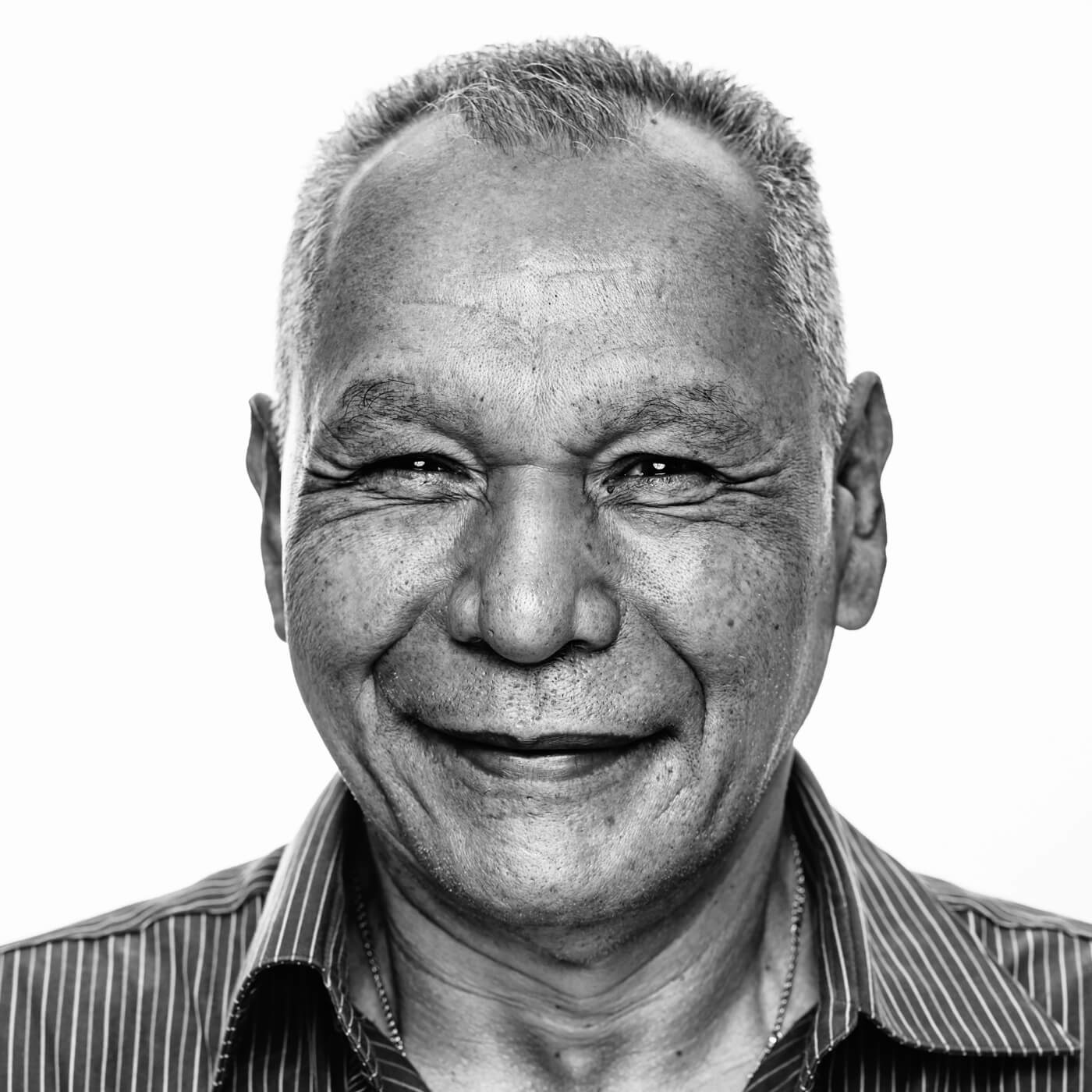 How Nicaraguan cigars came to be, and how they have conquered the world, are stories full of hope, love, family, friendship, resilience, and redemption. Today we share the story of our beloved Leonel Raudez, aka Don Leo, General Manager at the Joya de Nicaragua Factory.

Don Leo is a legend in the Nicaraguan tobacco industry. He’s been working with the leaf since the early 1970s and arrived at Joya de Nicaragua just in time to help lay down foundations for the crazy years of the cigar boom. But not everything was smooth sailing. 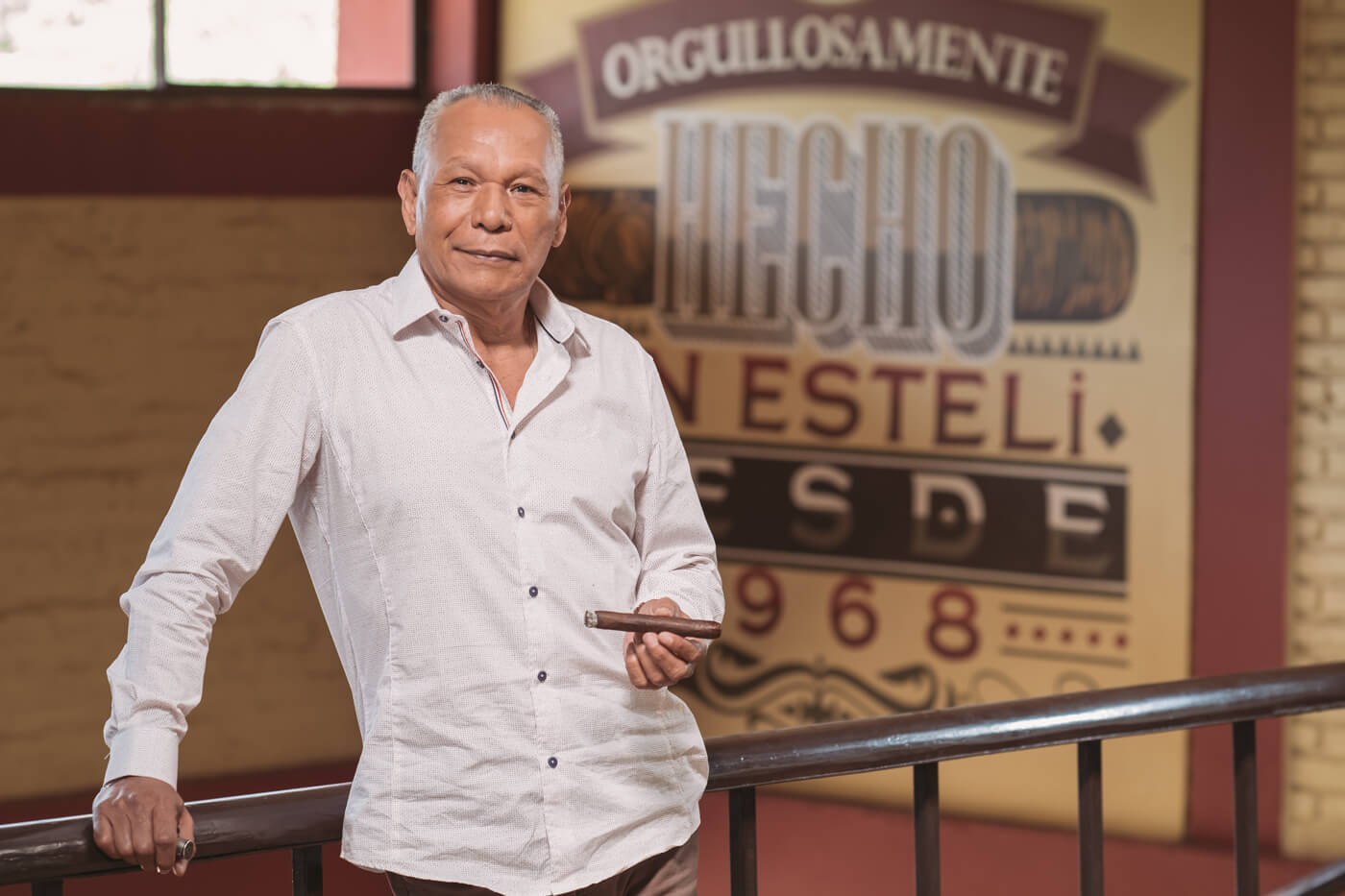 A Story of Friendship and Redemption

Don Leo tells a story about when – just a few months into the new ownership of the Joya de Nicaragua factory in the ‘90s – he didn’t turn up for work. For days.

“I was drunk,” he says, with an impenetrable stare. “I used to drink rum. Too much rum. I was an alcoholic.”

“It was not that long after the factory had been bought by its new owner, Dr. Cuenca, and I was under enormous pressure. I just couldn’t face going into work. So, I started to drink. Someone eventually found me and told me Dr. Cuenca wanted to see me. I thought I was about to be fired.”

“The next day – with an awful hangover – I rented a car and drove to Managua. I went into Dr. Cuenca’s office, sat down and waited to be told. Then he turned to me and said: ‘Leonel – don’t leave me to do this alone.”’

“He told me we were on this journey together; that he couldn’t do it without me. He said I didn’t need to go into the factory every day if I didn’t want to – that he trusted me. And I felt so ashamed of letting him down that my whole life changed in that moment. I haven’t touched a drink since that day.”

There is silence in Don Leo’s office as he recounts his story, and no-one speaks for some time after. It’s an emotional moment.

More than a quarter of a century later, he’s a teetotaler, Yoga-practising Vegan; quick to smile, a fierce friend and – one suspects – a formidable enemy. And boy, does he know cigar tobacco.

He tells a great story of the conception of the Antaño 1970 – the very stick that single-handedly kick-started Joya de Nicaragua’s resurgence in America and the craze for bold, ever-more-powerful cigars.

Don Leo had travelled to Miami with a host of blends in his suitcase in an attempt to find something new to appeal to the US market, where sales of Joya de Nicaragua were disappointing. None of the blends he took seemed to tick the right boxes with the tasting panel until, in desperation, Don Leo reached for a bundle of personal cigars the factory had rolled for him before he left. He had no clue what the dark, oily cigars would taste like. But he handed them round and when those gathered around the table lit them up and smoke began to gather under the ceiling, the room fell silent.

“They were incredibly strong,” Don Leo remembers, shaking his head. “People started sweating, one or two were turning a little pale. I thought I had made them all ill. I didn’t know what I’d done.”

He got straight on the phone to Alberto Martínez, Head of Production at the factory.

“I asked him what on earth he had given me. He said ‘Man, we made those as a joke. We made them to mess you up.’ “Except,” says Don Leo, his face now creased with laughter at the memory, “he used stronger language than that!” 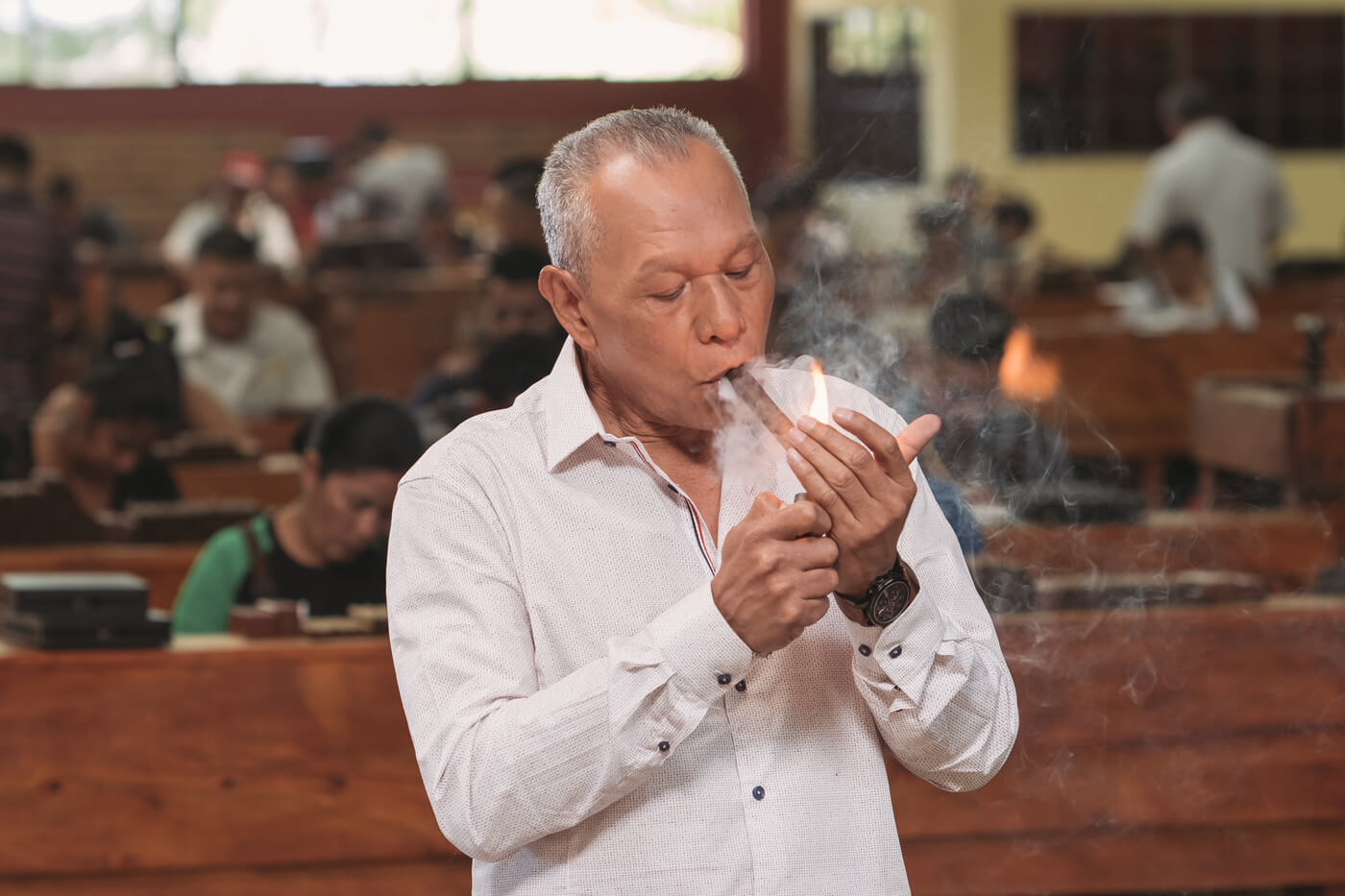 Don Leo’s ‘secret’ bomb of a cigar was the one they’d been looking for all along. It was pungently strong – but blended beautifully and that trial blend was to become the Antaño 1970; an homage to the powerful, ligero-laden cigars of Nicaragua’s rich cigar making past. The Antaño became a smash hit that year at the RTDA (the annual cigar manufacturers and retailers gathering in the US) and it went on to garner a cult following among cigar smokers. It remains Joya de Nicaragua’s best-selling cigar in the US to this day.

“I can’t tell you that,” he says, the smile slipping away from his face. “Many companies have tried to copy it. It’s all natural tobaccos, but other factories don’t follow the rules to create the finished cigar. Because they don’t know how.”

Don Leo frequently has to assess growing tobacco on the nearby Joya de Nicaragua farm. You can often see him climbing aboard his motorbike and roaring through the factory gates into the manic Estelí traffic. There, in a cloud of smoke and the rasp of the engine, goes one of the industry’s most respected leaders; a non-drinking, Yoga-practising, Vegan tobacco man. 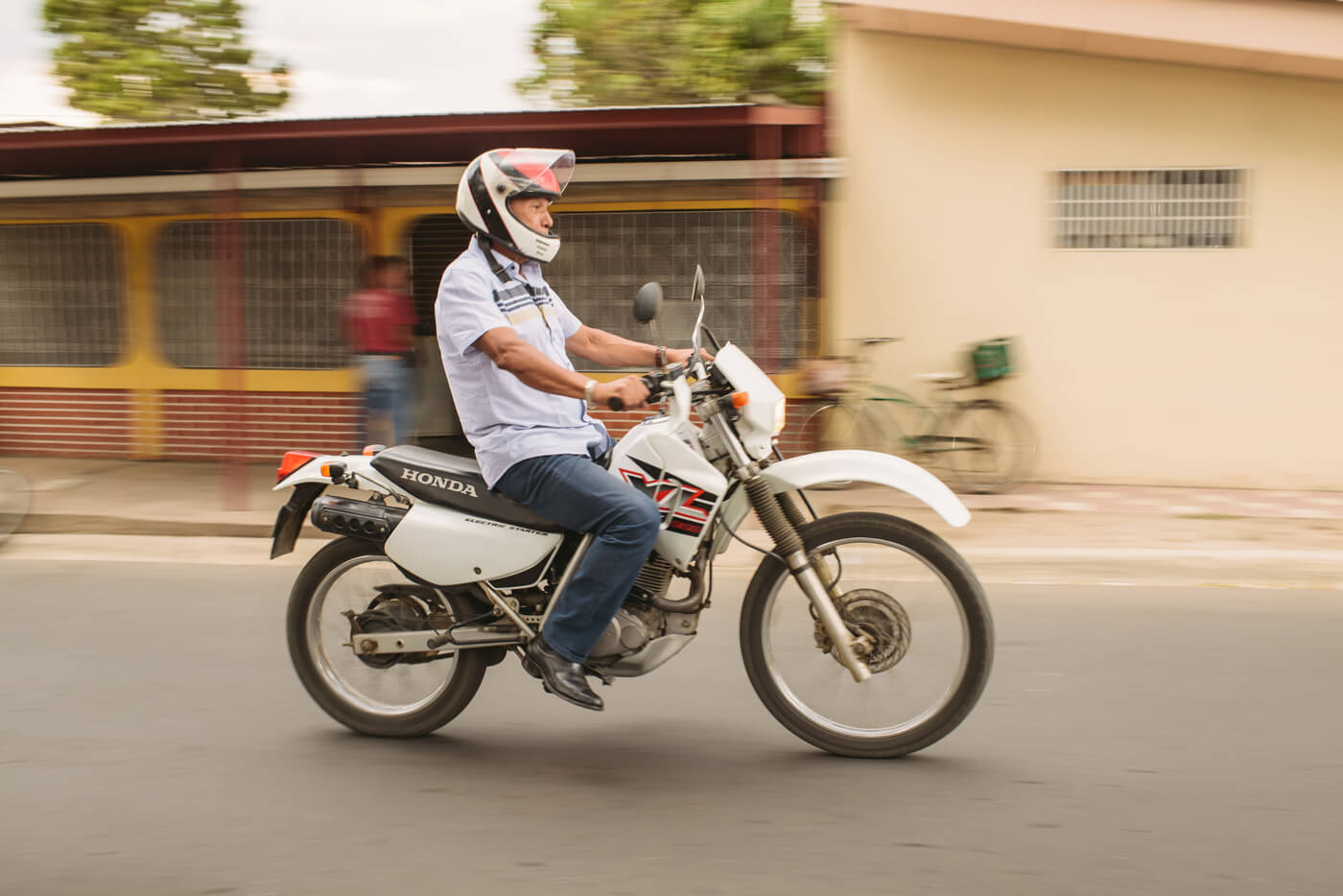 And in our eyes, the coolest General Manager in the tobacco business.

What do you think of Don Leo’s story? Have you ever met any of our historic workers? Share this story and let us know in the comment section below.