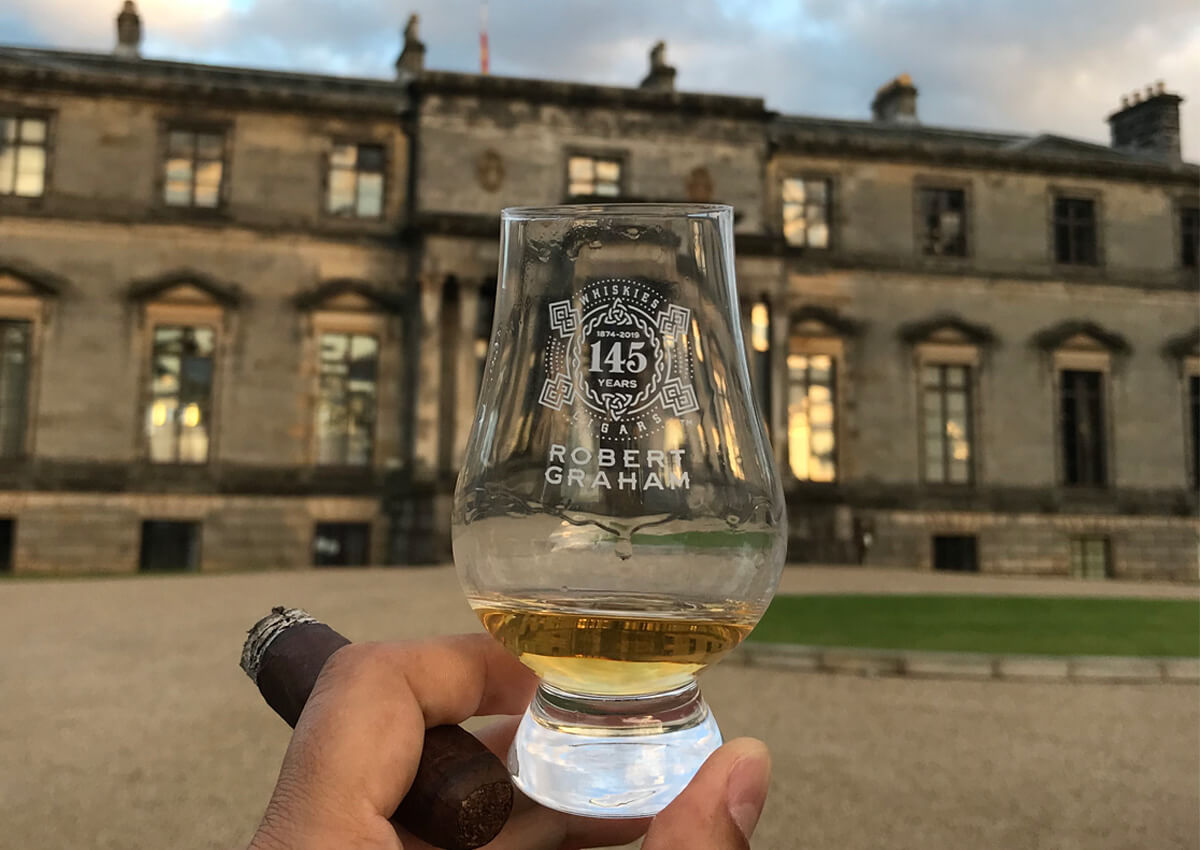 Last month, our friends at Robert Graham 1874 hosted their 145th Anniversary at Broomhall House, the ancestral home of Robert the Bruce, Scotland’s king from1306 until 1329.

We were delighted to attend to such a historic event, where cigar makers of the world and the Whisky Barons of Scotland came together for one night to help them celebrate their anniversary with style.

This event was for sure once in a lifetime experience, but we don’t want to keep it for ourselves. Instead, we want to share with you the highlights of the day.

After months of careful planning, our friends manage to reunite 140 guests from around the world. After a welcome cocktail, all guests were welcomed to Broomhall House by Clanadonia who played some rousing traditional Scottish music in their very unique style.

Some fantastic Scottish cuisine was available, exclusively made for the event by ‘Hickory Food’ with a variety of Canapes, finger food and small plates. Also, a mobile ‘Oyster Man’ was there, shucking and dressing oysters for attendees as he meandered through the event. And on that gorgeous day, a vintage Ice Cream stall helped us all to keep cool!

All attendees received a special bag of goodies, containing a beautifully presented Robert Graham 145th commemorative box of 10 cigars, one from each of the cigar makers in attendance.

To take home, each guest also received a Boveda Butler along with a specially roasted batch of Corojo Coffee exclusive for the event. Each guest received a selection of whisky miniatures and the most recent editions of Whisky Magazine and Cigar Journal.

A special auction on the night

The night wasn’t only about celebrating but also about sharing. During the event an auction took place, and we donated a box of our Numero Uno cigars signed by all the staff involved in the production. 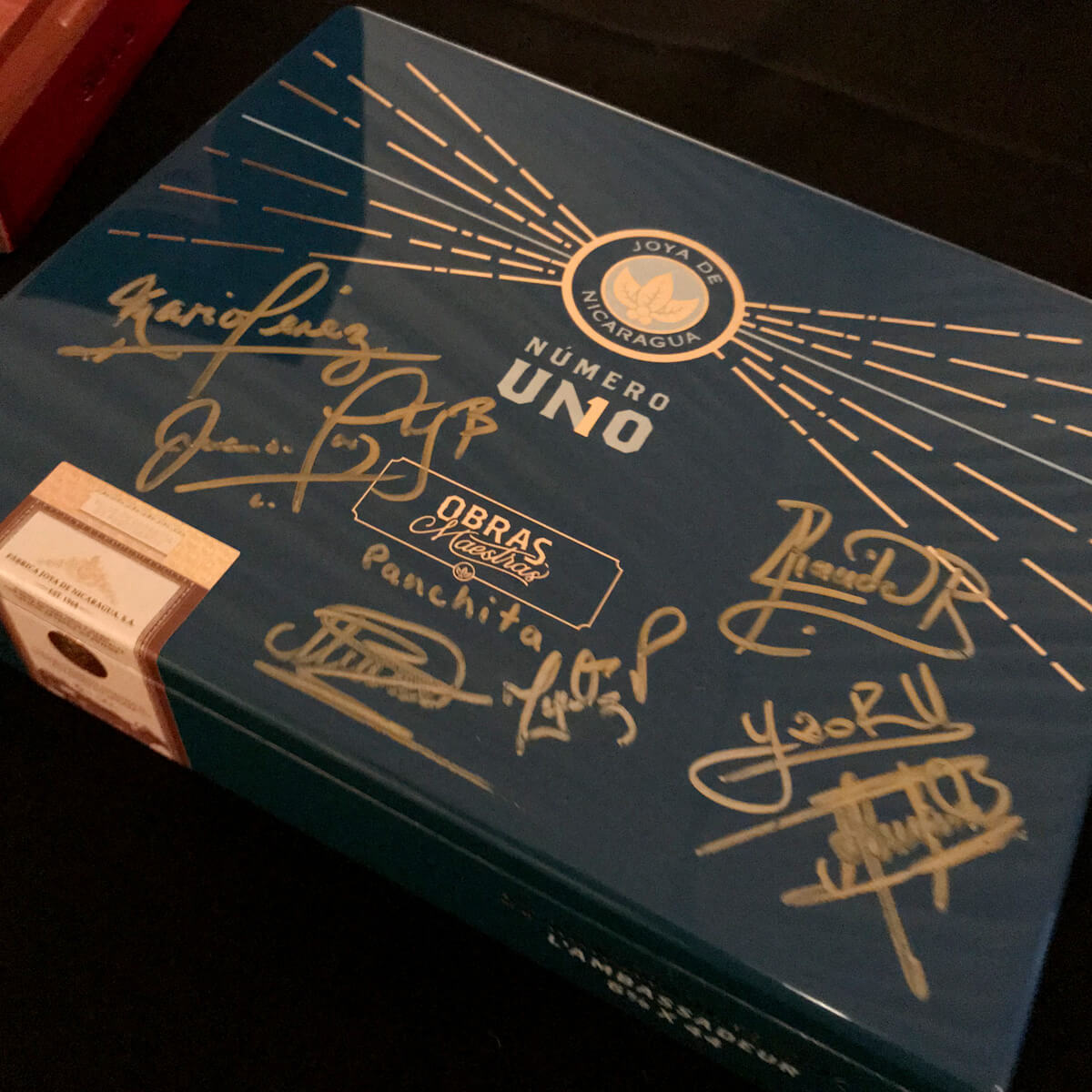 And also our limited edition book signed by our most iconic people.  Proceedings will help the Escuela Belen Fe Y Alegria charity in Esteli, Nicaragua. 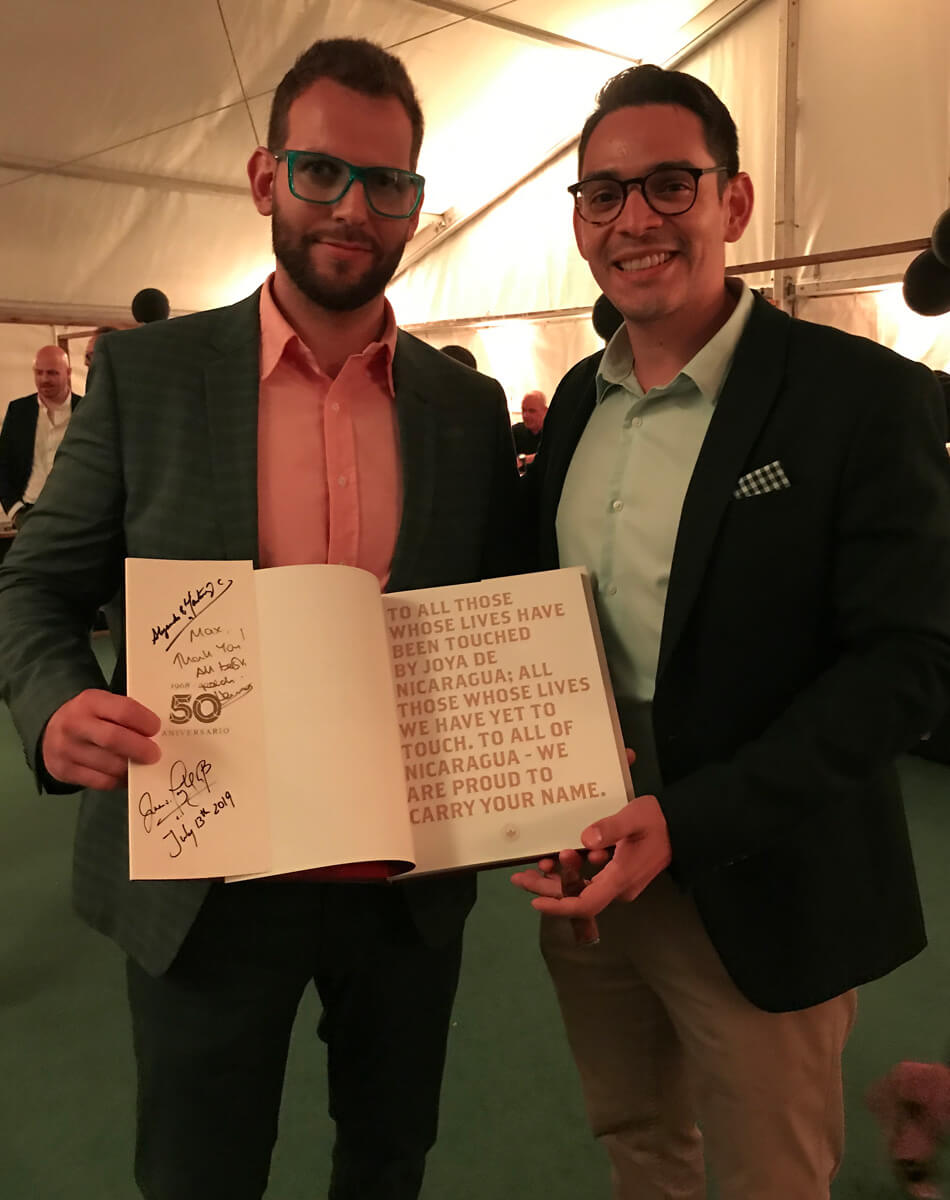 This charity was formed in Latin America in 1960 and it exists to help the poorest in society to get an education and a chance of a better future. Joya de Nicaragua has been working with Fe y Alegría since 2014.