We dare you to: Shut the box! 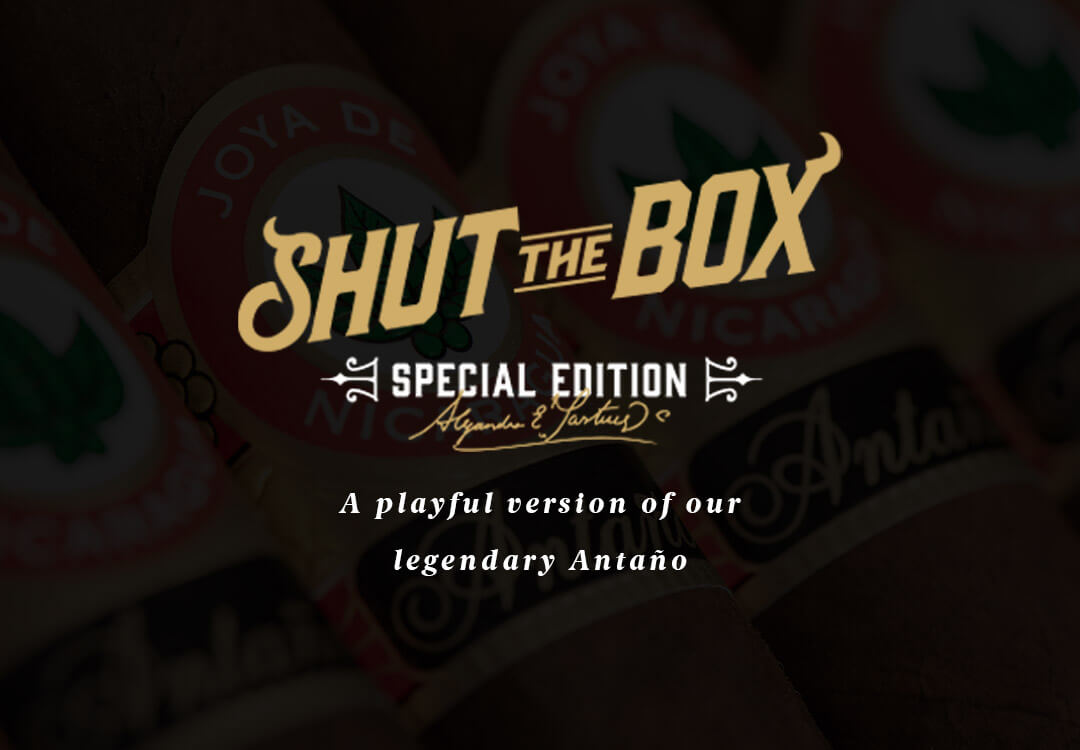 Back in 2012, Dr Alejandro Martínez Cuenca was on tour, visiting old friends in the cigar industry. In one stop at Havana Mix Shop in Memphis, TN, he was challenged to a game. As a numbers guy, backed by a PhD in Economics, he accepted the dare. Eight years later, it has become his favorite game. That’s why we came up with the idea of making a cigar box that transforms into it. You could argue that an exact science has nothing to do with rolling the dice, or you could simply try to shut the box!

Shut the Box is a traditional American game that Dr Alejandro Martínez Cuenca has become obsessed with and dares anybody to challenge him!

“I never thought that day I would discover one of my now favorite pastimes, and moreover, that 8 years after, my team would come up with the idea of making a cigar box that transforms into it. The best of all is that now I’ll find it in cigar lounges across America when I visit.” – Dr. Alejandro Martínez Cuenca, Chairman of the Board.

A limited and playful edition of our legendary Antaño.

Antaño Shut the Box is a special gift from Fábrica de Tabacos Joya de Nicaragua to our loyal consumers that have been supporting the brand for almost 20 years. We have manufactured 500 Collector’s Edition boxes of each of the two most popular vitolas in this blend. The first one is JDN’s signature Gran Cónsul, and the second one is Robusto Grande. After the cigars have been enjoyed, the box is ready to play “Shut the Box”. 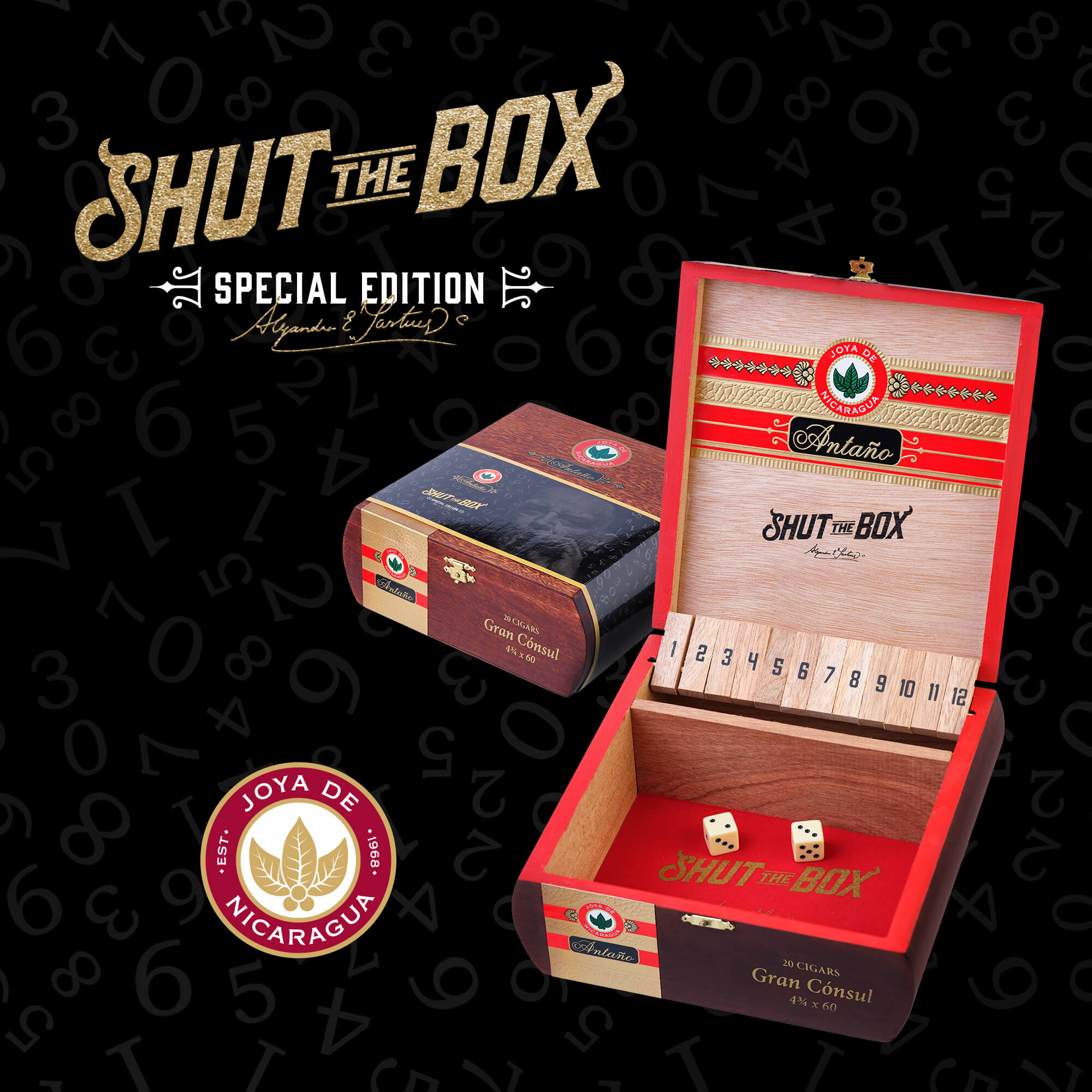 “For many years we have been thinking about ideas on how to make our empty boxes be useful after all cigars are smoked. This is how we decided to let people have some fun.” – Juan Ignacio Martínez, Executive President.

Antaño Shut the Box will be available as of June 2020. It will come in the traditional 20 count boxes, with cigars, instructions and two dice ready to be played. Certainly, this is the perfect kit for cigar smokers that want to add some fun to their smoke!