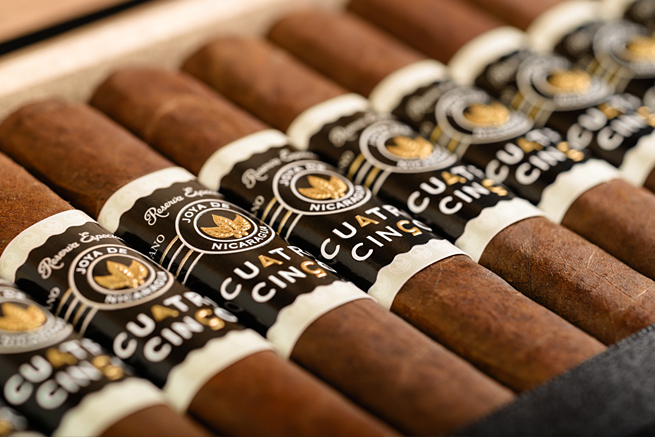 Estelí, Nicaragua– In 2013, during its 45th anniversary, Joya de Nicaragua released Cuatro Cinco Edición Limitada, a beautiful cigar containing 100% Nicaraguan fillers and five year old ligeros aged inside vintage oak barrels. This Limited Edition exhibited a unique, seductive flavor and enchanting aroma that captivated consumers worldwide and sold out in just a few short weeks. The ecstatic response from around the globe and our consumer’s desire for more, encouraged us to create a cigar as special as Cuatro Cinco Edición Limitada, only this time on an on-going basis.

Rolled exclusively by our most experienced torcedores, this exceptional medium-to-full body cigar will continue to captivate consumers, with its rich Nicaraguan complexity, subtle woody and sweet flavors and a velvety finish. Dr. Alejandro Martínez Cuenca, Chairman of Joya de Nicaragua expresses: “this blend is a superb milestone for our factory. It’s a cigar worthy of lighting to celebrate your own extraordinary achievements and special moments.”

Unlike the Limited Edition, Cuatro Cinco Reserva Especial will be produced in small quantities on an on-going basis in four new and unique vitolas, all soft-box pressed and presented in 10 count boxes: 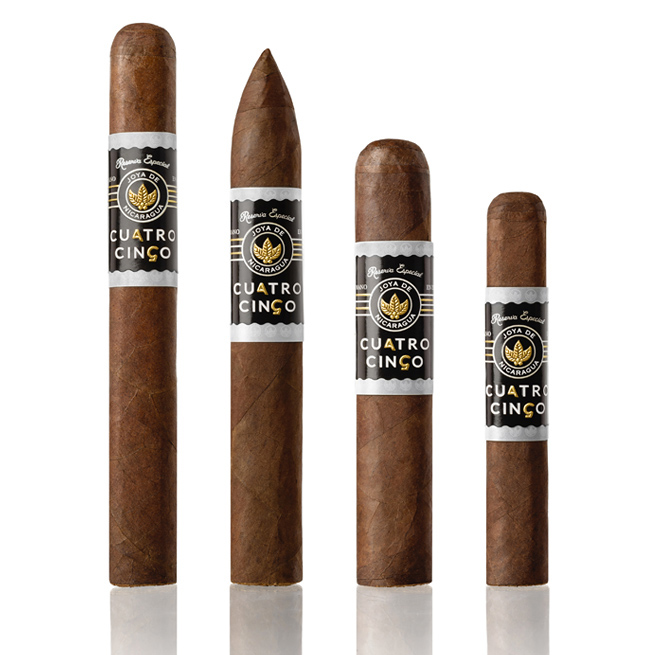 The cigar will also be distinguished by the silver details on the main band and a light silver secondary band instead of a gold one, which was unique to the Edición Limitada. 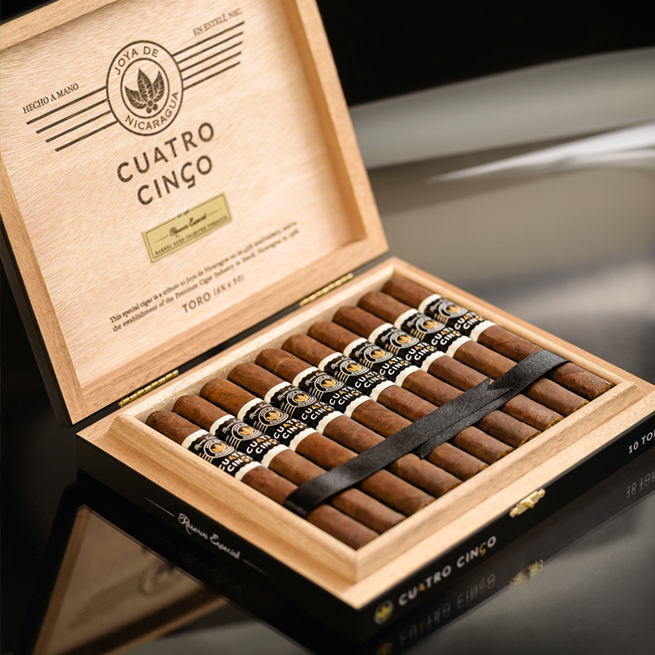