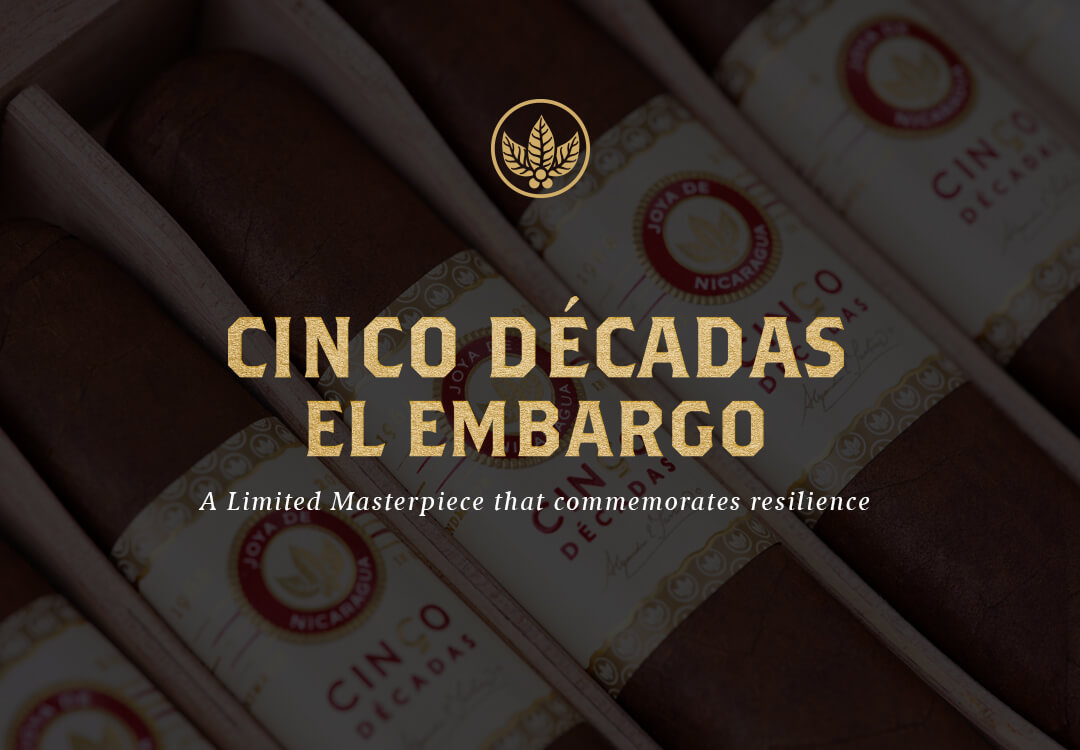 Dear amigos, our history has been a turbulent yet rewarding journey. In 1985, our country faced an embargo that prohibited our cigars from entering the United States. But, from that obstacle, we found an opportunity on having Europe as one of our greatest allies. Commemorating the resiliency of Joya de Nicaragua thirty-five years ago, the company is proud to introduce ​Cinco Décadas El Embargo.

Two events were fundamental in shaping our country’s history during that decade: the civil war and the economic embargo declared by the United States. The embargo became an enormous obstacle for every Nicaraguan product, as they were prohibited from entering the US Market. However, instead of giving up, we did what Nicaraguans do best: we forge ahead a new path for us.

“The embargo was one of those hard situations we confronted, but one that in retrospect allowed Joya de Nicaragua to establish itself as a truly global brand.” – Dr. Alejandro Martínez Cuenca.

With its primary market forbidden indefinitely, Joya de Nicaragua had to seek alternatives to sell its cigars. This is how Europe became of our greatest partners, emerging as the first brand of Nicaraguan cigars to be enjoyed in the old world. After that, becoming one of the best known Nicaraguan brands around the globe. 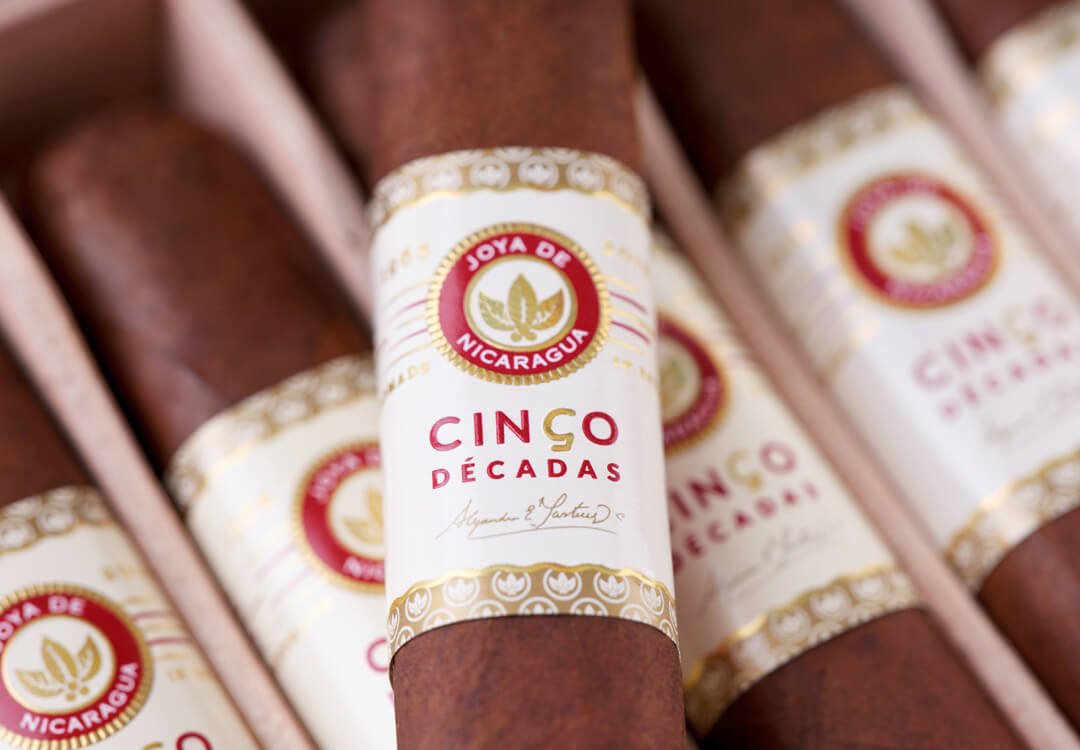 This limited 152 mm x 60 Gigante masterpiece, we bring to our European friends a token of gratitude for opening their arms to us during those years.

Released in 2018 to commemorate fifty years of cigar manufacturing, Cinco Décadas El Embargo continues to pay tribute to our milestones as a company and the events that have made and shaped who we are today.