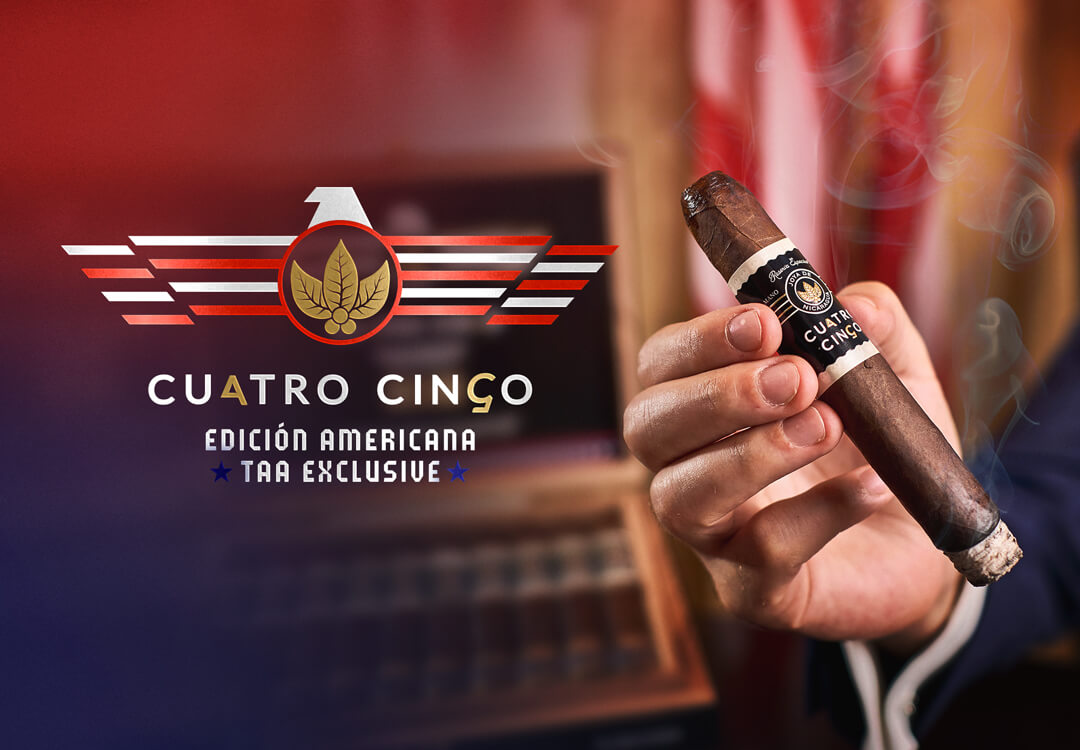 Dear amigos, during the early 1970s, we explored the United States as our very first market. Since then, we have developed close ties with the country and gained many amigos and partners. As a token of appreciation to our tied relationships, we are releasing, along with our friends at Drew Estate, the third TAA exclusive product: Cuatro Cinco Edición Americana TAA Exclusive.

A Belicoso vitola for this highly acclaimed blend

Cuatro Cinco – Edicion Americana TAA Exclusive is the second regional edition. The first one was released over a year ago for Asia in a Gran Consul vitola. This year, with a limited batch of five hundred, 10ct boxes in a Belicoso vitola (6 x 54). 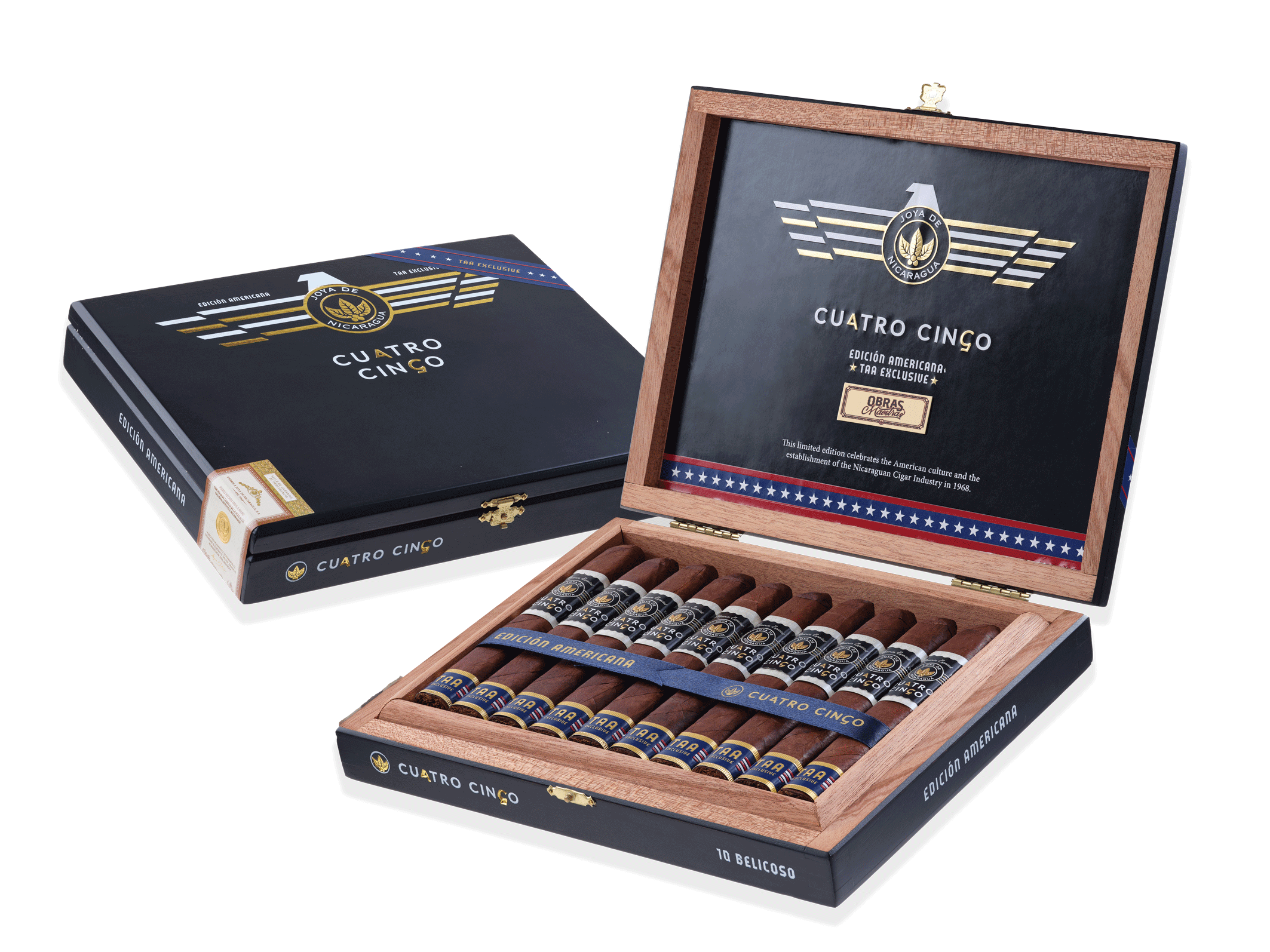 “When we were deciding what the next TAA product should be, we knew it had to be special. And when the team proposed the Belicoso, the decision was made. There’s no other vitola in the Cuatro Cinco family that smokes closer to the original limited edition than this one.” Expressed Juan Ignacio Martinez, Executive President.

Cuatro Cinco is one of our highest-rated blends. It features a Nicaraguan Criollo wrapper and select Grade A fillers. The cigars are aged for a minimum of one year within vintage white oak barrels, used in a world-renowned rum distillery.

The stories we tell with our cigars need to be special, and because these are some of the best cigars that come out of our factory, we really wanted to make it exceptional. Daniel Barrios, our Global Commercial Manager, explains it in the following quote.

“We have selected the Bald Eagle because of what it represents to our American friends, an example of stamina, power, and freedom. In 2021, JDN is celebrating Nicaragua’s independence bicentennial. What a better symbol to connect us both than the symbol of freedom.”

This TAA exclusive is coming to stores over the summer 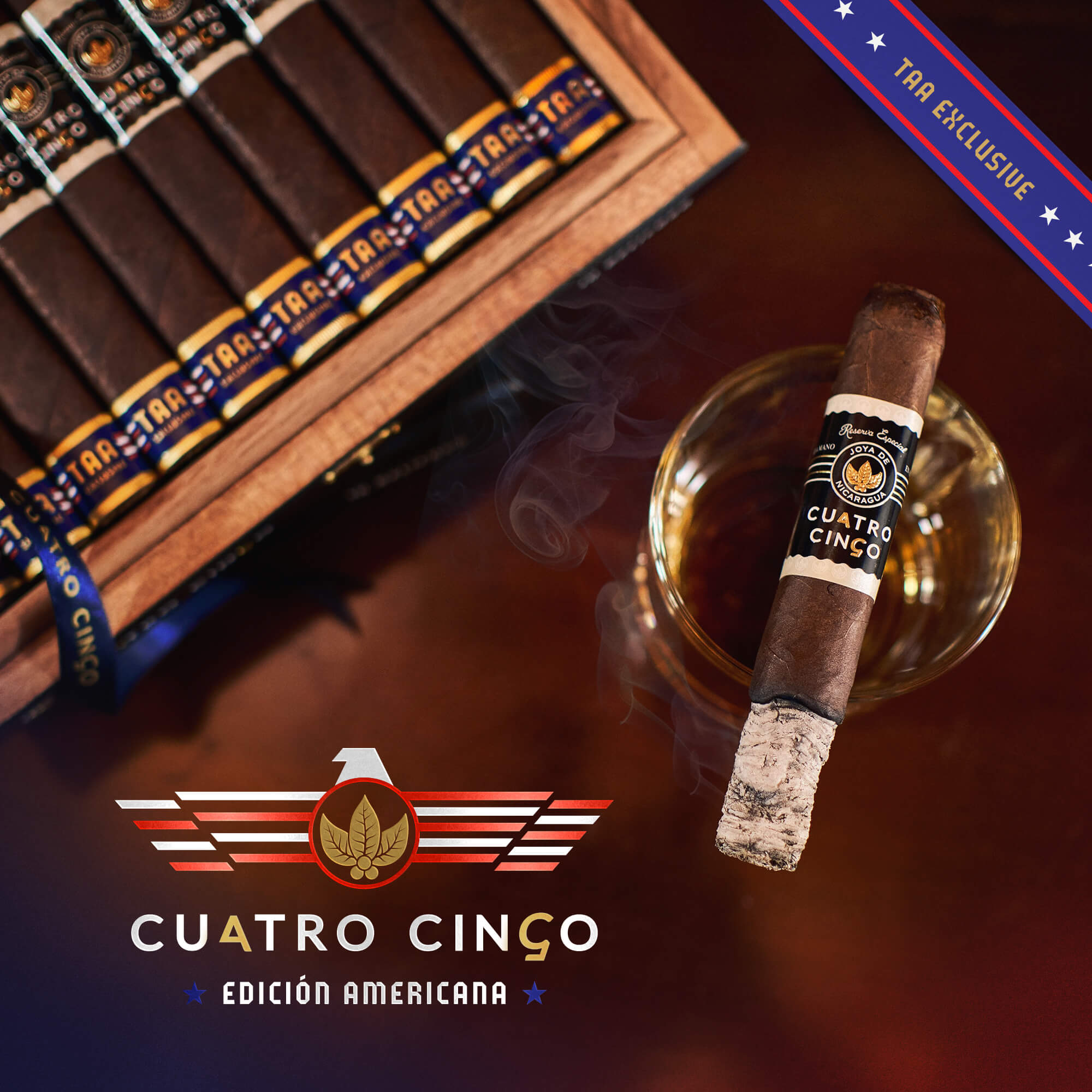 This TAA Exclusive was formally presented to the trade during the TAA Virtual Conference on March 23rd and shipped out to stores over the summer.

“It has been an exciting experience being on this side of the industry. Talking to friends and customers to evaluate this project has been a great experience. I’m excited to see how this continues to foster the partnership between TAA and Joya de Nicaragua.” Said Sarah Hearton, recently appointed as US Field Market Manager at Drew Estate.

We invite cigar lovers around the US to join the online celebration! Share your JDN experience using the hashtags: #CuatroCincoAmericana, #SuperbMilestones, and #JoyaDeNicaragua. Make sure to follow our social media channels.