On January 21st our friends from Stogie Press reviewed our Número Uno cigar. As you might already know, Numero Uno was originally blended for World Leaders. Handed out by Nicaraguan ambassadors on official missions around the world.

In 2018, we shared some with media and special audiences and got our highest rating in 50 years. Now, this Joya de Nicaragua cigar is part of our Obras Maestras, the designation of our ultra-premium family of cigars. 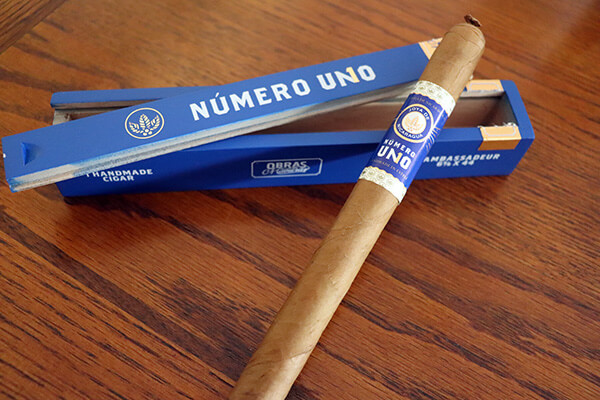 Encased in a beautiful blue coffin box, our friends saved in their humidor this masterpiece cigar for 7 months. In their pre-light examination they said the following:

“The Joya De Nicaragua Número Uno is a beautiful silky smooth cigar that has a golden tan wrapper. It has all but invisible seams and minimal veins. It is well packed and smooth to the touch, from head to foot. The cap is finished old school with a well applied triple cap with a twist finish.” 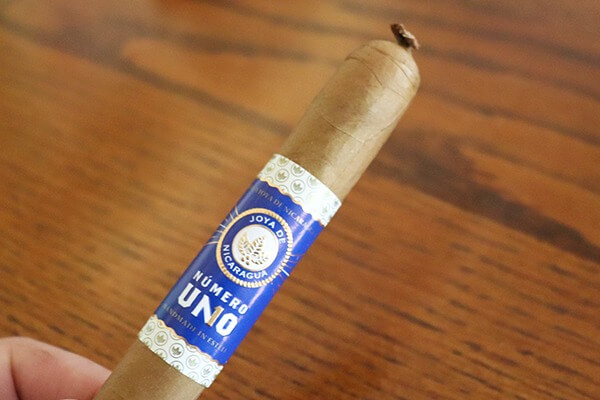 Then, our friends started to run our Número Uno across their aroma sensors. They detected a sweet curing barn note along the barrel and enticing raisin and notes of chocolate at the foot. After that, they sliced the cap along the shoulder of the cigar and proceeded to give it some cold draws. Discovering an equally enticing taste to the palate, with notes of sweet raisin, chocolate, and cinnamon. 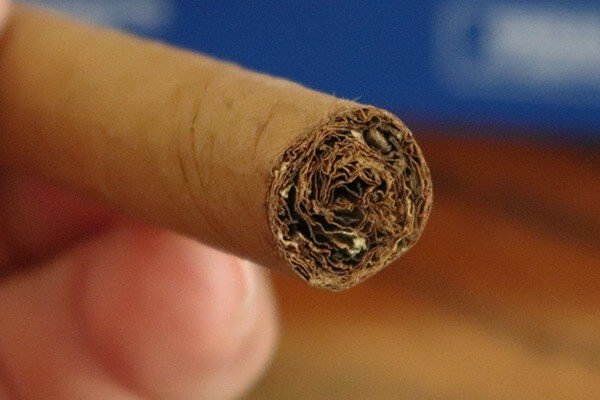 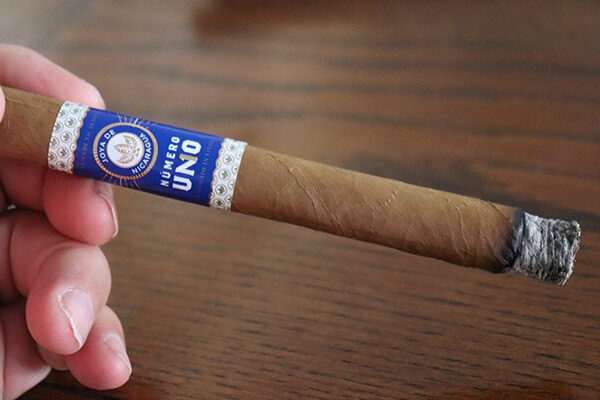 Overall, the Joya De Nicaragua Número Uno was a spectacular cigar which I can understand why it was given to world leaders by Nicaraguan ambassadors. It started with an intriguing pre-light set of aromas and flavors and once the flame was set to the foot it only got better with swirling and shifting aromas and flavors that took you on a journey that only the best can do. Considering this was a Connecticut shade, there was no discernible bitterness at all. There was even a core of sweetness that added to the pleasure in various stages of the burn.