Dear amigo, since being released nationwide in the summer of 2019, our ​Número Uno cigar has become a preferred smoke for cigar enthusiasts everywhere. Earlier this year, we announced a new size for this masterpiece, Le Premier. Recently, our friends at Blind Man’s Puff shared a blind cigar review about this Joya de Nicaragua cigar. See what they said about it!

A panel of at least 4 reviewers smoked this cigar. They did not know what they were smoking because cigar bands were taken. The scores are an average of all the reviewers’ scores.

Número Uno Le Premier made a great first impression. In terms of appearance, the average score of 90, and in terms of aroma, the score was 94. On the first and second third, the flavor was a solid score of 94, and on the final, it was 93.

“Heavy cream, nuts, bread, baking spice, and white pepper round out the other flavors. The smoke output remains excellent and the burn is spot on.” – Alan (Eulogy) 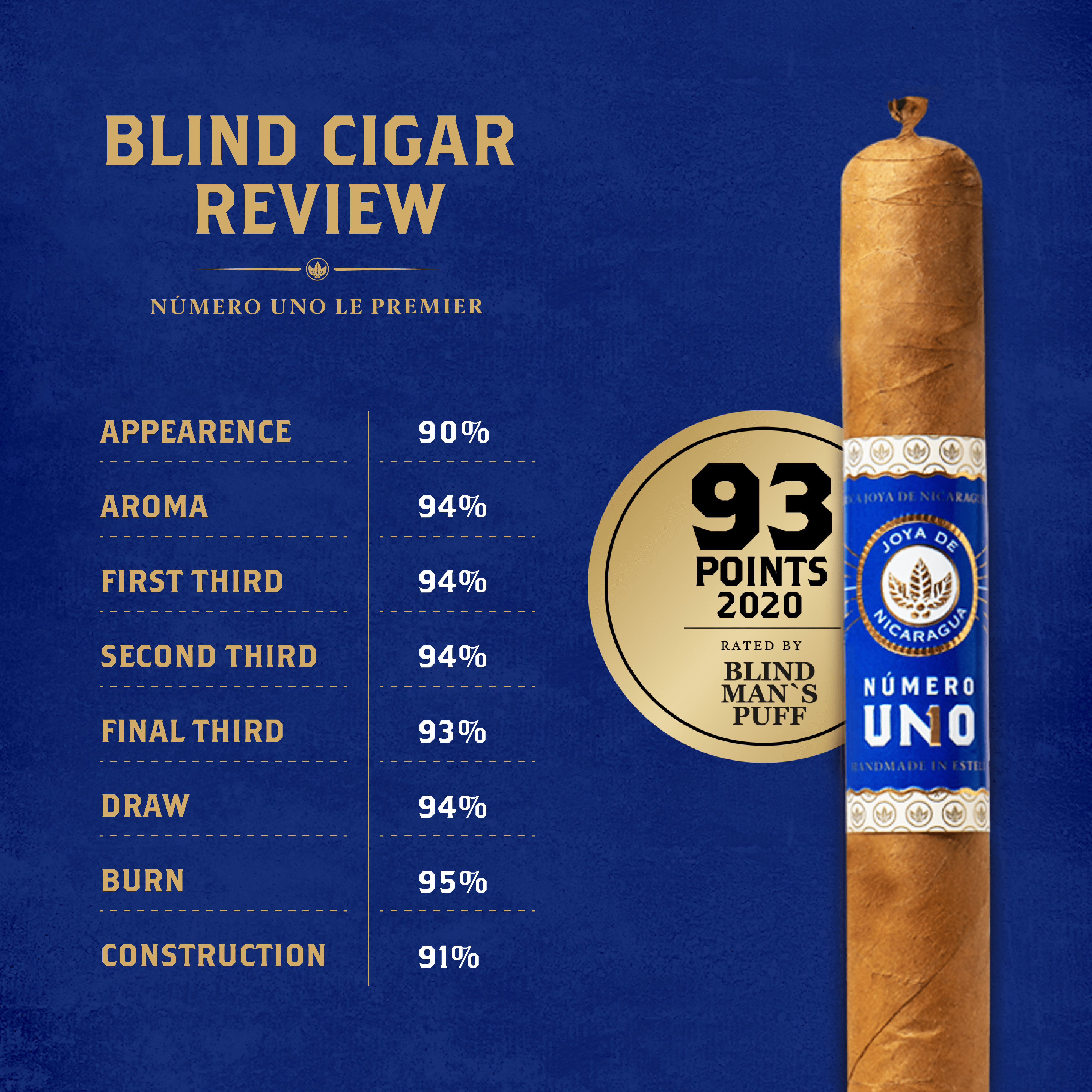 We invite you to read the full review, here.

Blended originally for World Leaders and handed by Nicaraguan ambassadors on official missions around the globe,​ Número Uno ​is part of O​bras Maestras. Since its first arrival in stores at events, it has received awards and accolades from all who have enjoyed it.

“​Número Uno ​is a very special product for us; we always say it’s the dream of any cigar maker, as we responded to the market’s desires to have this product. It represents the pride of our country, as we created this blend to honor the most important guests.” – Juan Martínez.