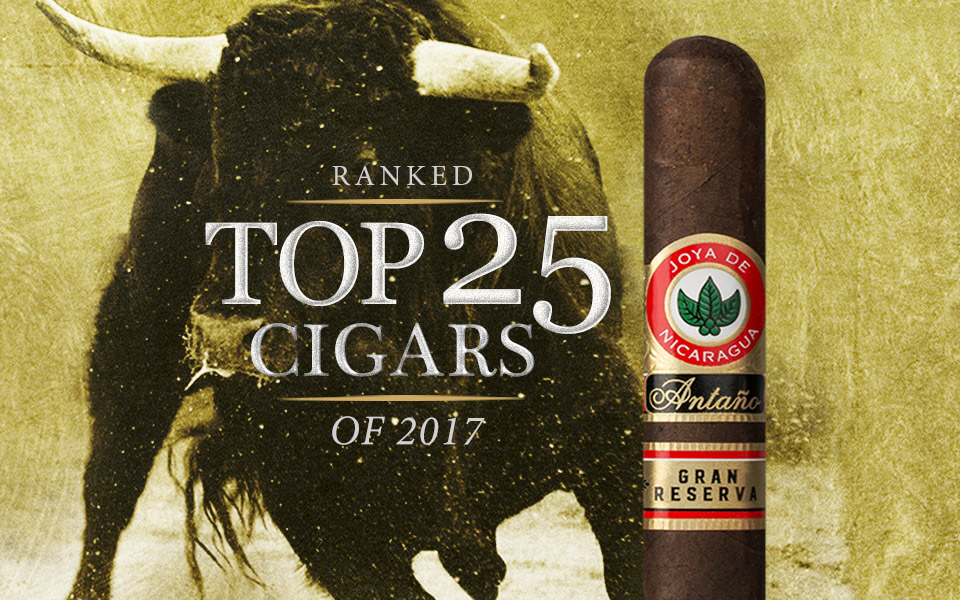 We are honored to have the latest release in our portfolio and the cigar that came to revitalize the Antaño line featured as one of the top 25 cigars of 2017 by Cigar Federation and Blind Man’s Puff. The Antaño Gran Reserva carries the same character as the Antaño 1970 but instead uses select extra aged, tobaccos only, no wonder it asks you to #KeepDaring.

Taking the 21st spot, this is what Cigar Federation had to say:

“A beautifully crafted offering that reminds us all that strength can still be delicate and complex. Matured to perfection, this cigar is nuanced by dried fruit and chocolate, with plenty of well-balanced black pepper to round out the familiar and unique smoking experience we’ve all come to love and expect from Joya De Nicaragua” 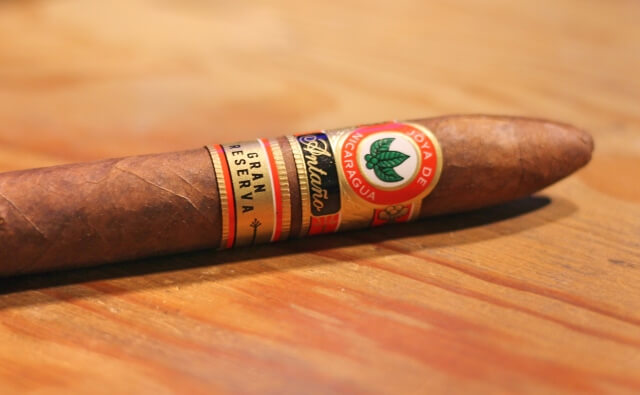 They also featured the Antaño Gran Reserva in one of their reviews, click here to read more:

Taking spot #22 this is what Cigar Blind Man’s Puff had to say:

“The Joya de Nicaragua Antaño a cigar that has been around a long time, and at one point was considered one of the strongest cigars in the world. Over time, people noticed that with some agee, the full-bodied cigar becomes an experience a bit more refined and mild. Now, Joya de Nicaragua will do the work for you with the Antaño Gran Reserva. The tobaccos in this new three-size line contains Nicaraguan tobacco that has been aged for up to five years. The available vitolas are Belicoso (6 x 54), Robusto Grande (5 1/2 x 52), Gran Cónsul (4 3/4 x 60).”

They also featured the Antaño Gran Reserva in one of their reviews, click here to read more:

Have you tried the Antaño Gran Reserva? What do you think?