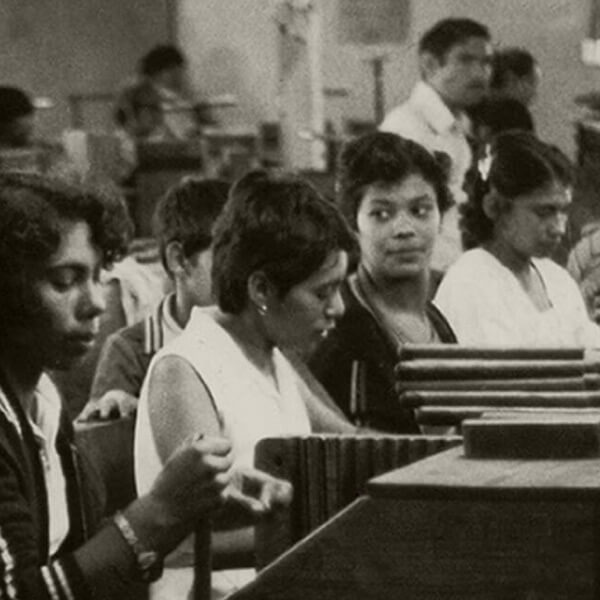 ITS LIFELINE, ITS STRUGGLE, ITS WILL TO FORGE AHEAD AND RENEW, RENEW, RENEW IS NICARAGUA ITSELF

It’s been a turbulent yet rewarding journey. We pioneered an industry, rebuilt a gunned and burned down factory, survived a decade of the embargo, and a lot more…

If Nicaragua had poster boys for pioneers in its tobacco industry, Simón Camacho and Juan Francisco Bermejo would be first among them. The pair fled their native Cuba like so many others of their time and sought opportunities in other lands. They had access to fields rich with deep, volcanic soil in Estelí, Condega and Jalapa; they agreed to pay workers to help them grow and harvest. And they found facilities in Central Estelí where they could process the tobacco. These were the first days of the Nicaragua Cigar Company, as Joya de Nicaragua was originally called. 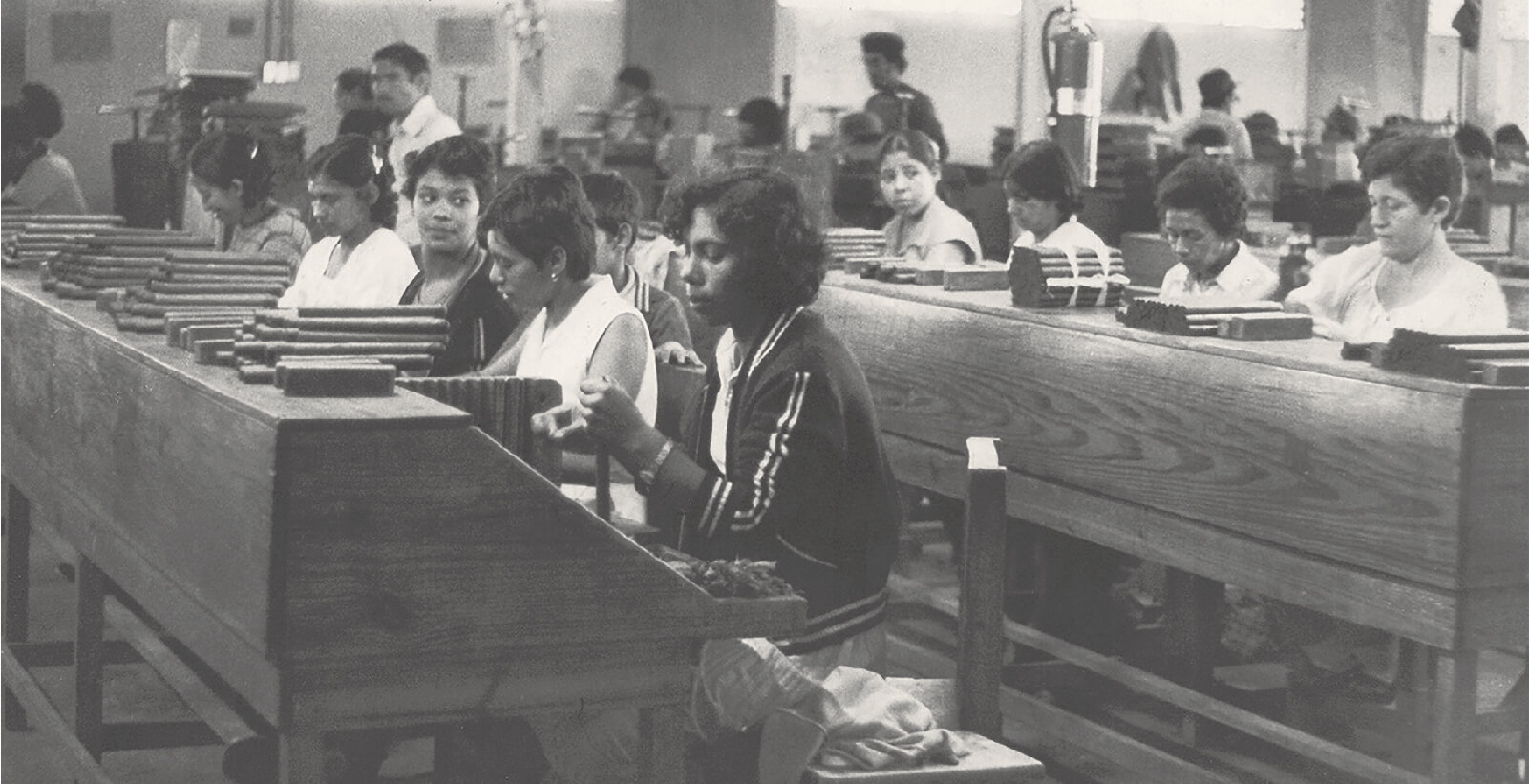 The Oficial Cigar Of The White House

Nicaraguan cigars start to become recognized as a superior alternative to Cuban cigars after the embargo. Somoza, a fellow classmate of Richard Nixon was invited to the White House. As is polite, Nixon offered Somoza a box of cigars to choose from. As the dictator reached to select one, he paused, hand hovered over the box. He was amazed to see that the cigars snugly packed into the full box all displayed bands from the Nicaraguan Cigar Company.

Somoza Debayle was keen to cash in on the opportunities tobacco provided in Nicaragua – and was known to own farms in Estelí and Jalapa which were already producing viable crops. ow came his chance to own a factory. 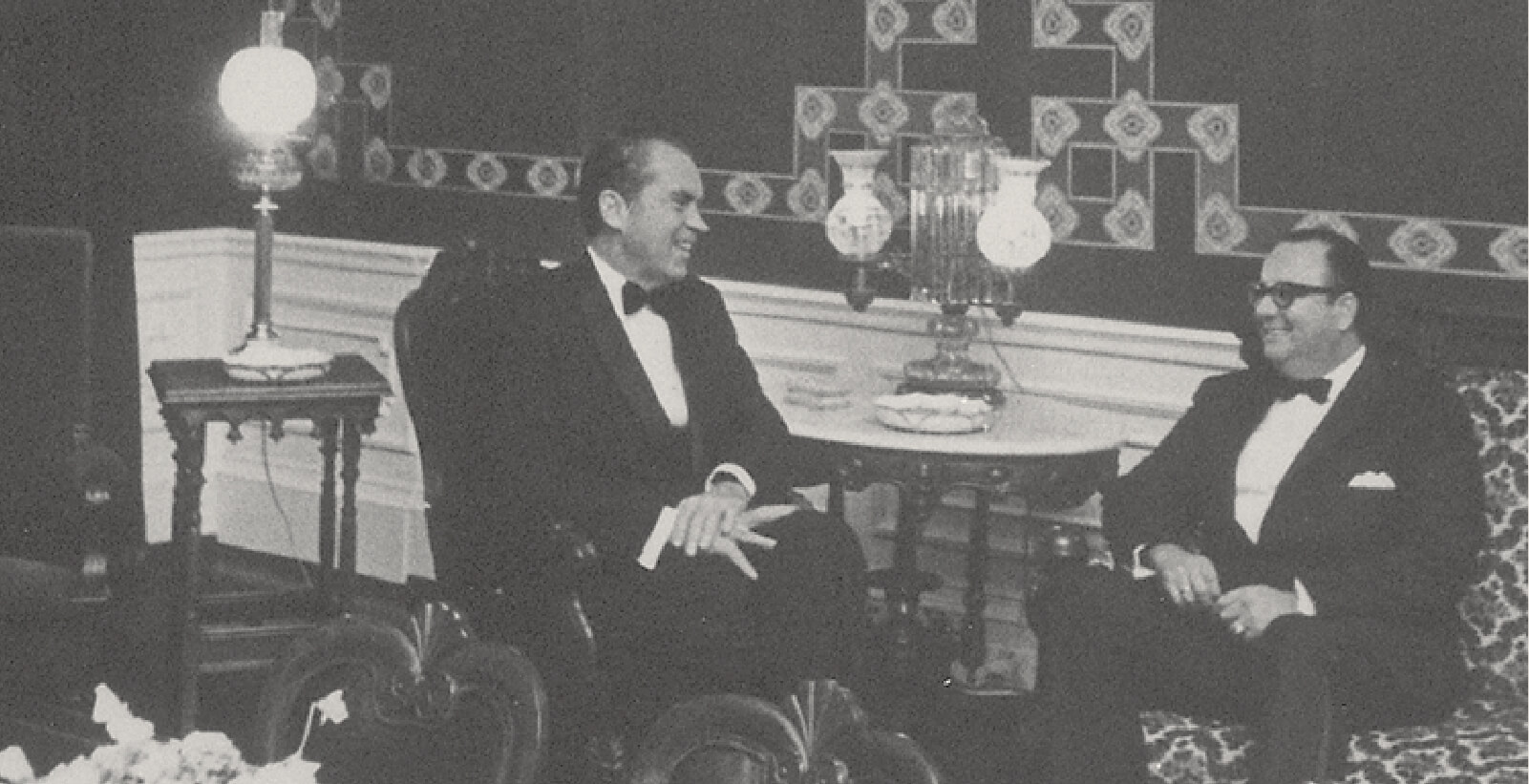 The Sandinista Revolution brings the Somoza dynasty to an end, but the new factory couldn’t escape the reality the country faced. As the Revolution against Somoza gathered pace, Sandinista Revolutionaries one day approached the factory – and set fire to it. On another occasion, Somoza-loyal planes returning to base dropped bombs on the factory as they passed overhead, believing Sandinistas were using it as a base. Somoza was so keen to retain power that he bombed his own factory. Fortunately, the damage was minor. 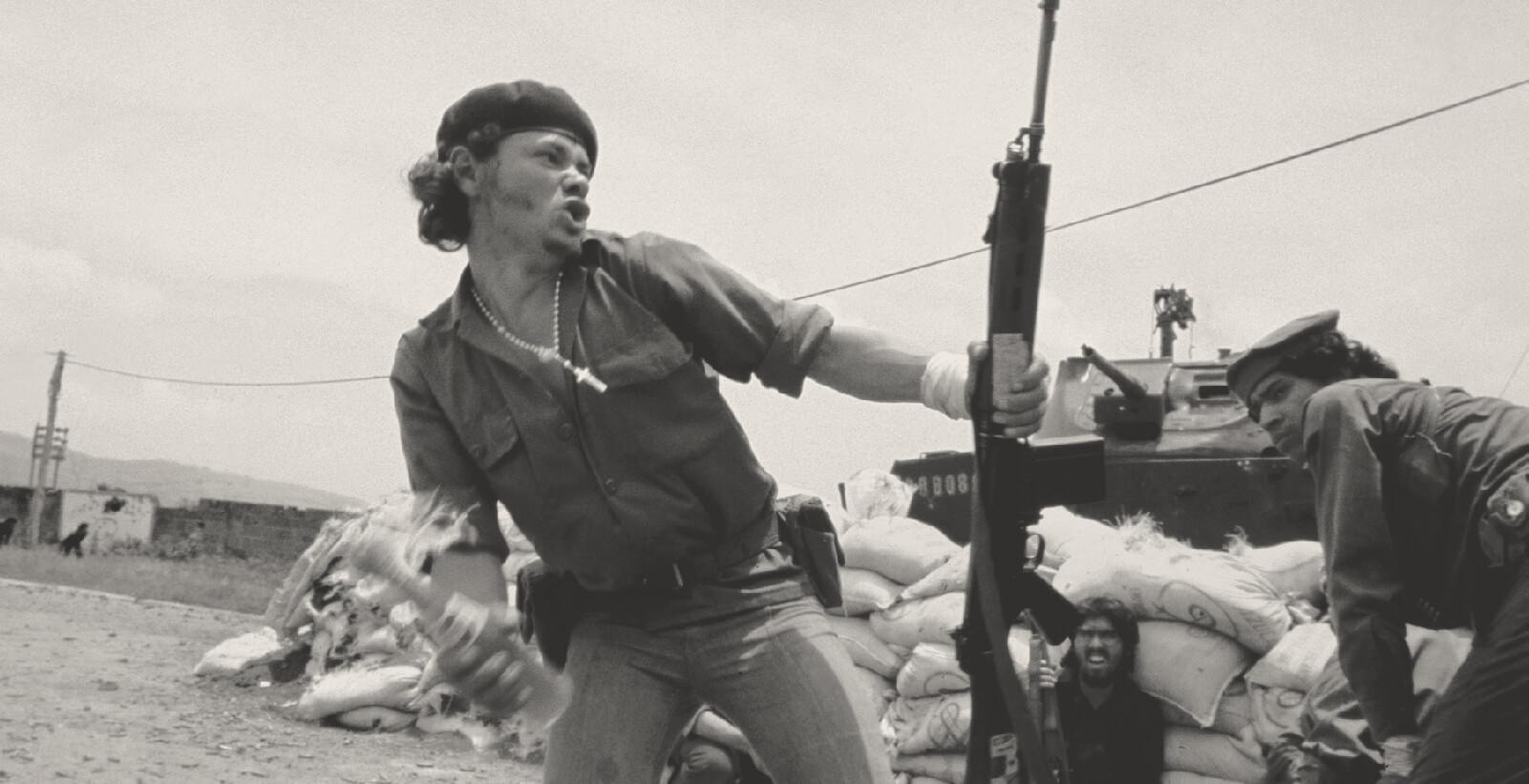 The workers rebuild the factory, destroyed during the war, and the production starts again.

When Somoza finally fell, the factory, like other businesses, was nationalised and the tobacco industry was thrown together as one entity. The American embargo kicked in, cigars piled up, wages failed, Contra hostilities were soon in full swing. And to add to all this, Somoza had taken with him key documents pertaining to the trademark of the Joya de Nicaragua cigar in the United States. He sold them to the highest bidder and to add insult to injury, a sub-standard cigar made in Honduras – but carrying the Joya de Nicaragua name – was soon being sold in the US in small quantities.

They attempted to woo buyers from around the world, promising fantastic cigars and a hardworking and loyal team. While the workers of the Nicaragua Cigar Company knew how to make cigars – they didn’t know a lot about selling them. 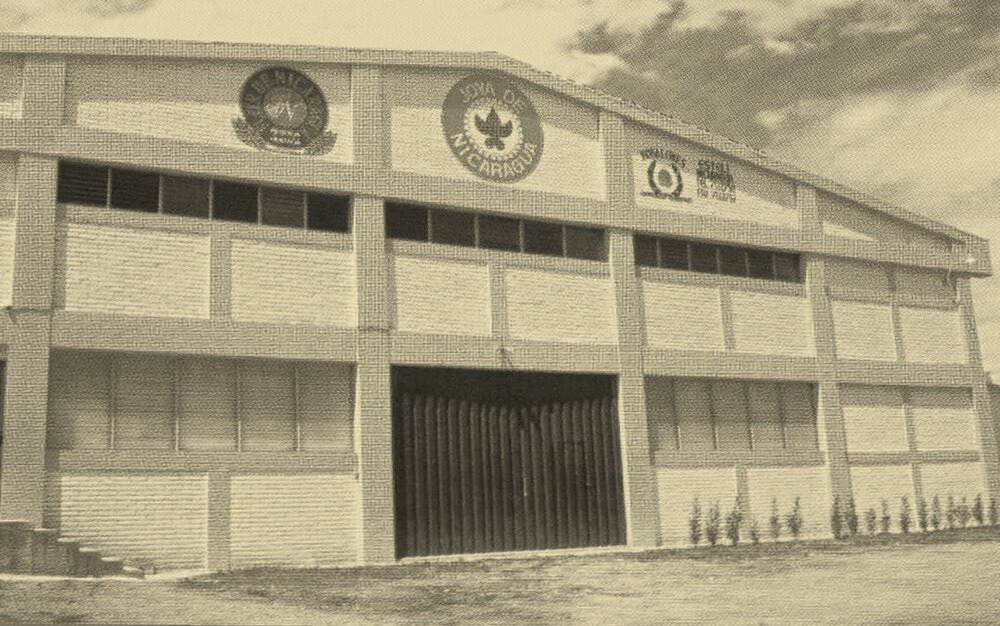 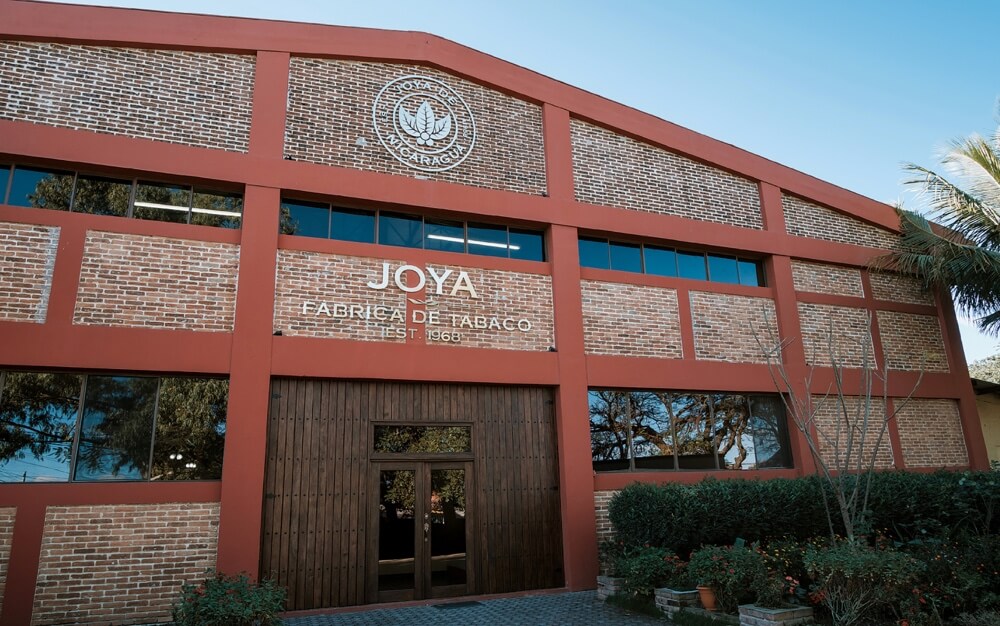 The workers began looking for a leader to help them keep the factory alive. They saw great potential in Dr. Cuenca, who also recognized the factory’s worth.

Dr. Cuenca agreed to an initial 12-month trial rental of the business. He committed to making up the six months back pay the workers were due, and also committed to making no early redundancies. In return, the workers committed to make the best cigars they knew how – and to work to bring prosperity back. The Nicaragua Cigar Company became Tabacos Puros de Nicaragua in 1994. And one of the first things Dr Cuenca sought was the rights back to the name Joya de Nicaragua. By the mid 90’s, there is a growing demand for Nicaraguan production with the “cigar boom”, a phenomenon that lasts around two years. 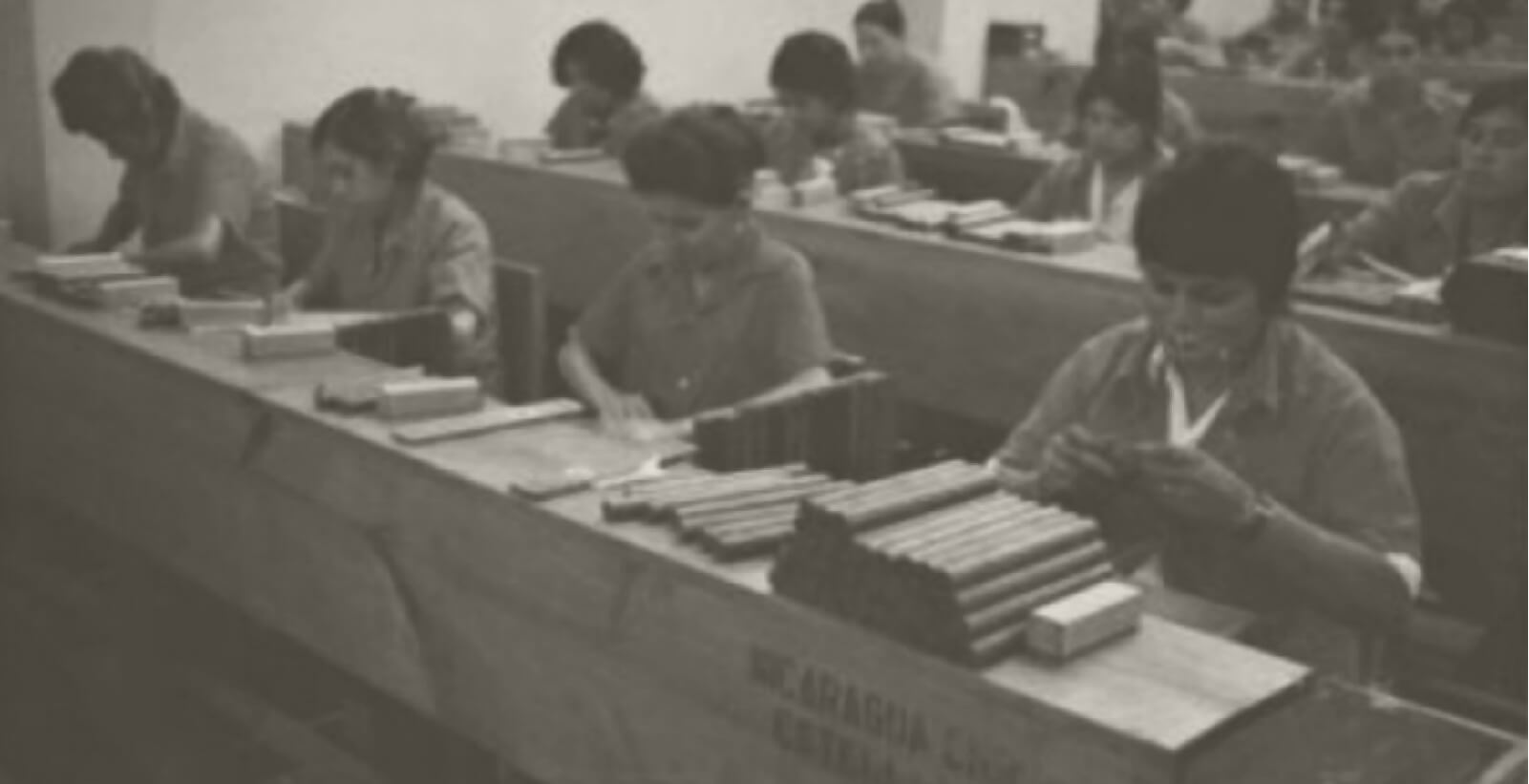 Under the leadership of Dr. Cuenca and Juan Martínez, the last few years have been about creating a platform. Their focus has been in ensuring JDN’s distributors around the world have all the support they needed to do their jobs in their markets. They have tied Joya de Nicaragua portfolio to be able to reach their customers – old and new – in a voice that would both reassure and intrigue them. This has been done through adding the new and exciting JOYA line, the revamp of the beloved Clásico and the launch of the new family of Antaños. 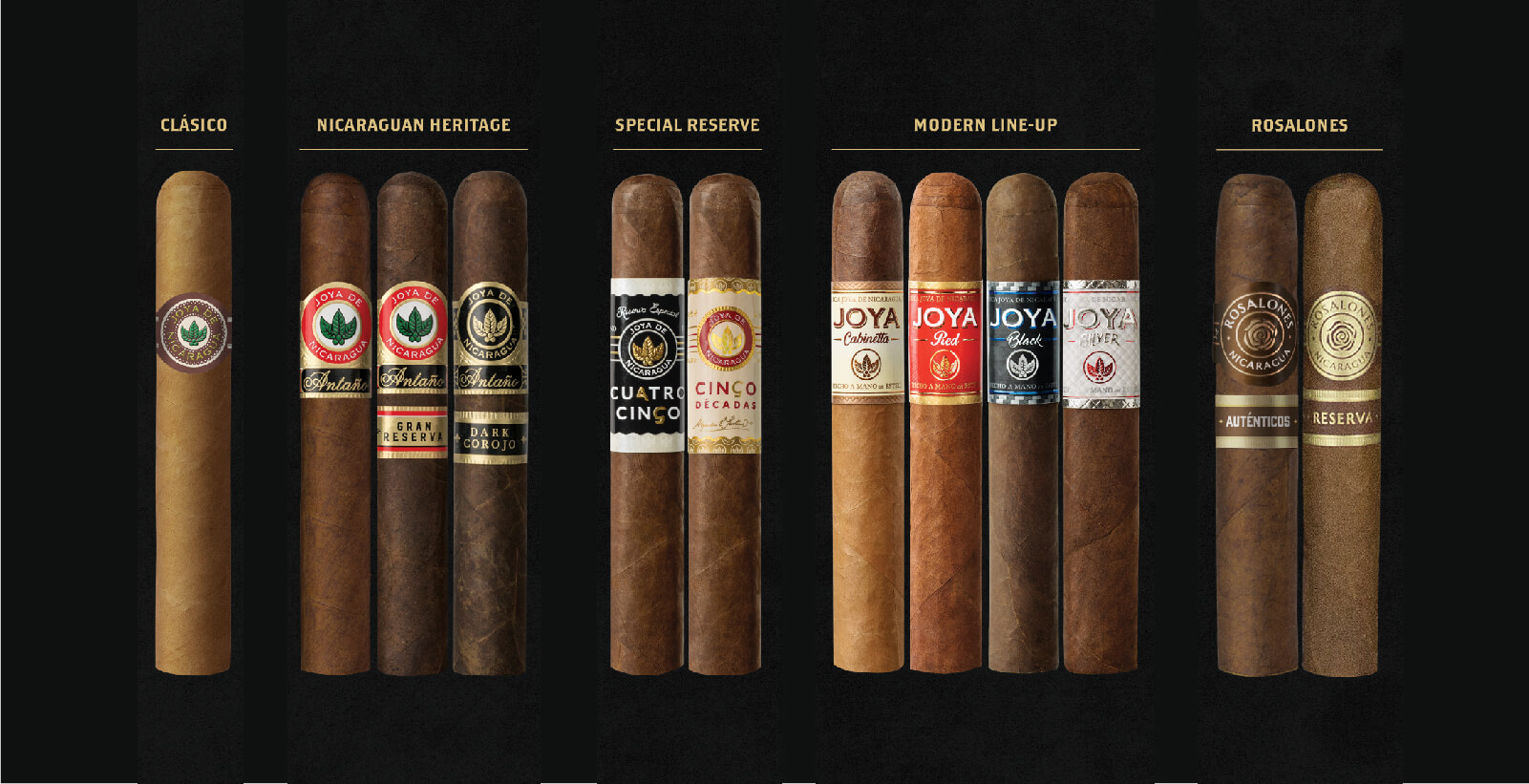 To The Next 50 Years

50 years ago, Joya pioneered an industry by crafting the first premium cigars to ever come out of Nicaragua. Today, JDN is the most international brand of our Nicaragua, with presence in over 50 markets, and growing.

Joya is thriving like never before, and it is thanks to their skillful and resilient people. Quality is not an obligation, it is their highest commitment. JDN looks forward to even more than 50 years lifting the Nicaraguan Cigar industry, and creating the most Nicaraguan cigars. 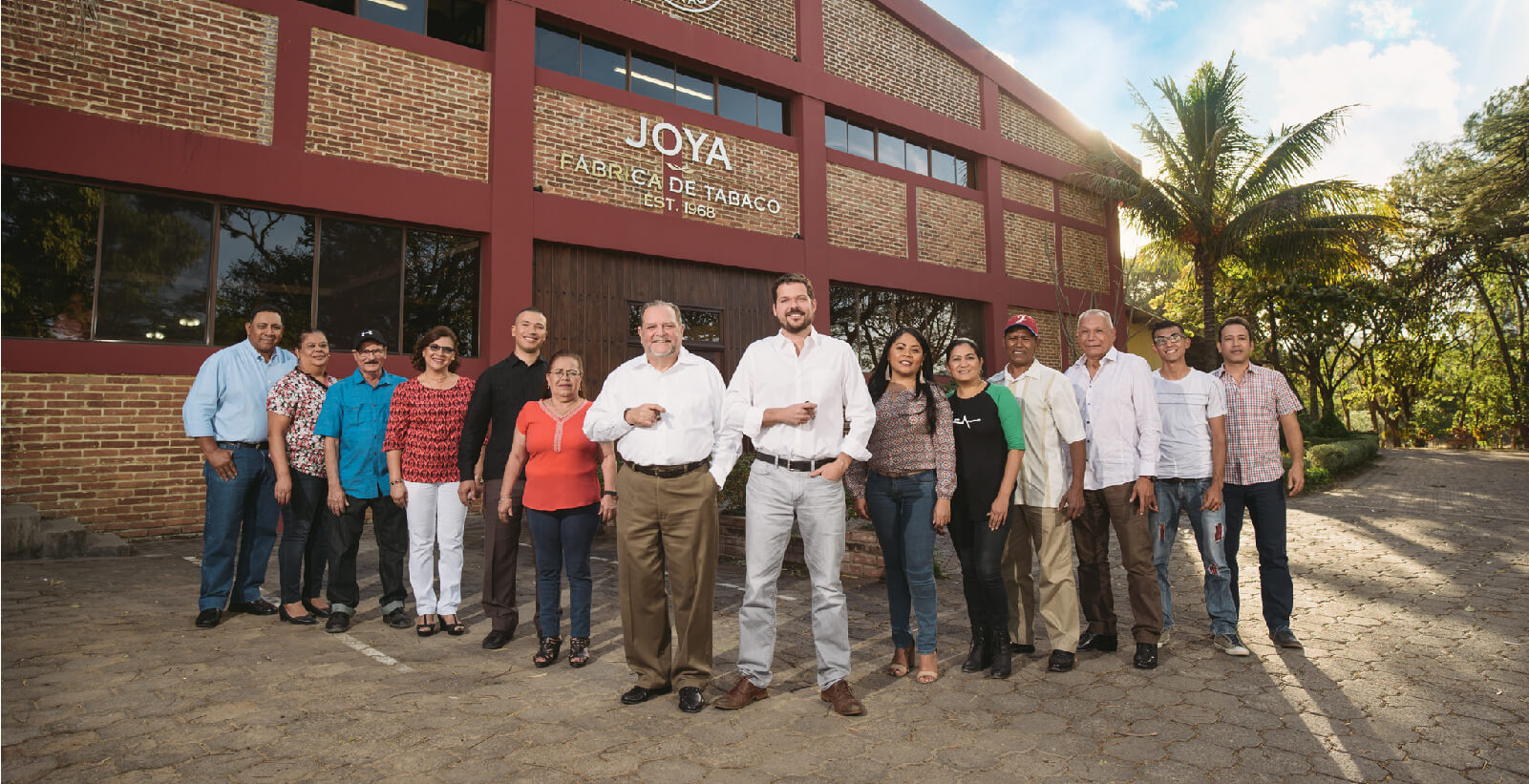